Stop Urban Shield is a broad coalition of grassroots community and social justice organizations that have united against Urban Shield, a SWAT team training and weapons expo that brings together local, regional, and international police-military units – including those from the Apartheid State of Israel – to collaborate on new forms of surveillance, state repression, and state violence.

In 2014, Stop Urban Shield and broader community organizations and members built upon Oakland’s rich history of organizing against policing and for self-determination by forcing the City of Oakland to stop hosting Urban Shield. This was a hugely significant victory for our city and demonstrated the power of our collective grassroots organizing. 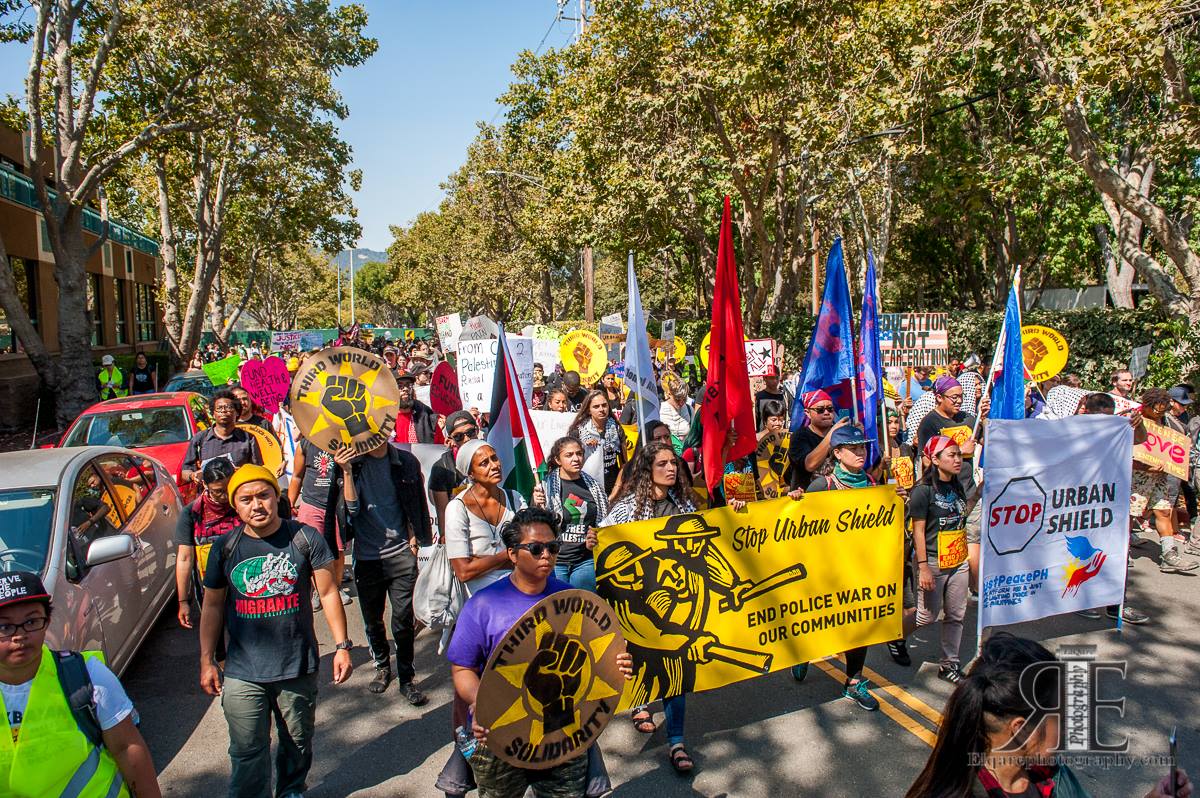 But the fight is not over. The Alameda County Sheriff mistakenly thinks that he can evade public outrage and pressure by moving the convergence to the City of Pleasanton, even though the City of Oakland, along with cities all across the Bay Area, California and the U.S. will still be fully participating. Let’s show them they’re wrong! As communities around the country rise up demanding an end to racist police violence, it is now more important than ever to build upon our victories and work toward shutting down Urban Shield entirely.

While Urban Shield is just one front in the fight against the state’s attempt to militarize every aspect of our lives – from its war-making here and abroad, to the increasing presence of police in our schools, to the systemic murder of Black and Brown people at the hands of police – stopping Urban Shield would be a major victory against this growing trend of militarization in cities everywhere, from Oakland to Ferguson to Baltimore. Join us in resisting state violence against our communities and in fighting for genuine visions of safety and self-determination.