Inside the Weapons Expo: Urban Shield 2017

See below for images of today’s weapons exposition.

The vendor show and SWAT competition brings together law enforcement from across the country and the world to train in war games simulations and scenarios that have a “nexus to terrorism.” Urban Shield proponents’ claim that the event’s emphasis is on emergency preparedness rang hollow as the expo overwhelmingly featured vendors of weapons and surveillance technology. Though Alameda County Board of Supervisors prohibited weapons sales at this year’s vendor show, interested parties were able to place bids with vendors and obtain weaponry within as little time as two weeks. Over 15 of today’s vendors donated weaponry and equipment for police participating in this weekend’s SWAT competition to test out the weapons.

Due to mounting community pressure to cancel Urban Shield, members of the Alameda County Task Force on Urban Shield as well as elected officials have been allowed to attend the weapons expo and SWAT competition this weekend. Observers at the weapons exposition today included Berkeley Mayor Jesse Arreguin and Councilmembers Cheryl Davila and Lori Droste, as well as Stop Urban Shield coalition representatives from the American Friends Service Committee and Ella Baker Center.

“Seeing the weapons exposition first hand was horrific. The testimonies from SWAT victims and community members that we have been highlighting for years came to life as we watched Bay Area police departments window shop for new military-style weapons,” reported Tash Nguyen of the Stop Urban Shield coalition. “This is exactly why we have been demanding an end to Urban Shield,” she continued. Nguyen serves on the Alameda County Task Force where the Stop Urban Shield coalition has made proposals that would address the militarized nature of Urban Shield and the impact on communities of color in the Bay Area.

Hundreds of Bay Area residents are preparing to gather outside the Alameda County Administration Building today at 4pm to demand that the Board of Supervisors immediately end Urban Shield. Stop Urban Shield organizers are also planning to hold a resource fair at Lake Merritt after the rally, aimed at providing workshops, aid kits, and information on how communities themselves can respond to emergency situations without militarized law enforcement. 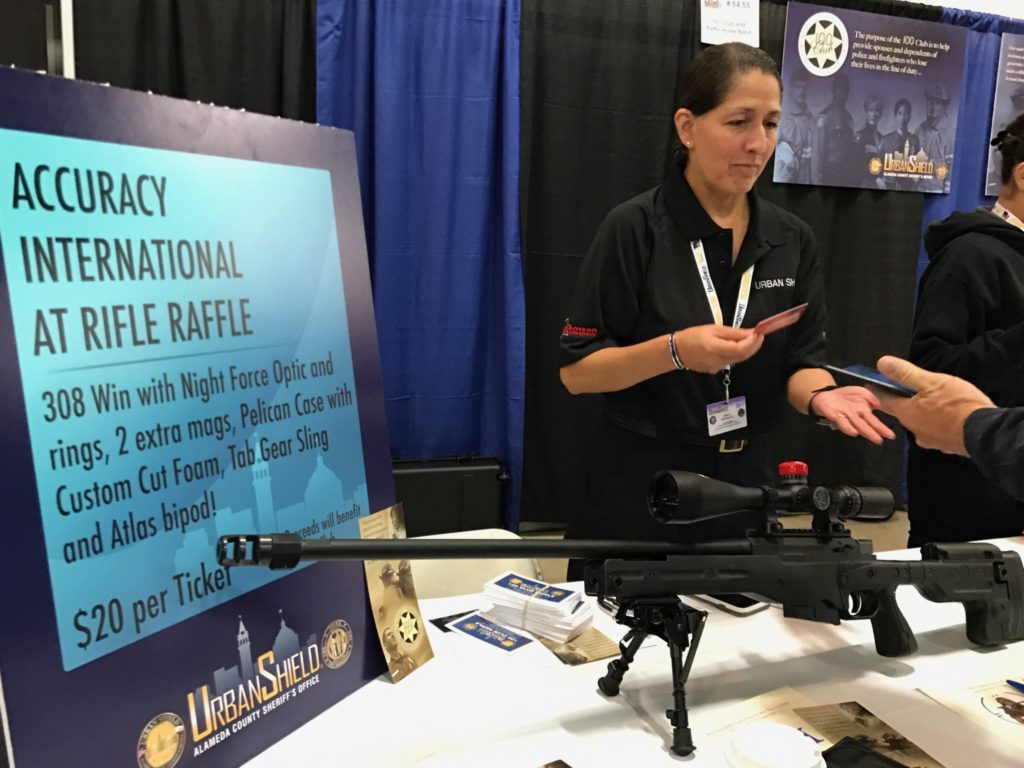 This rifle is being raffled off for $20/ticket to raise funds for the 100 Club. Any attendee can purchase a ticket. 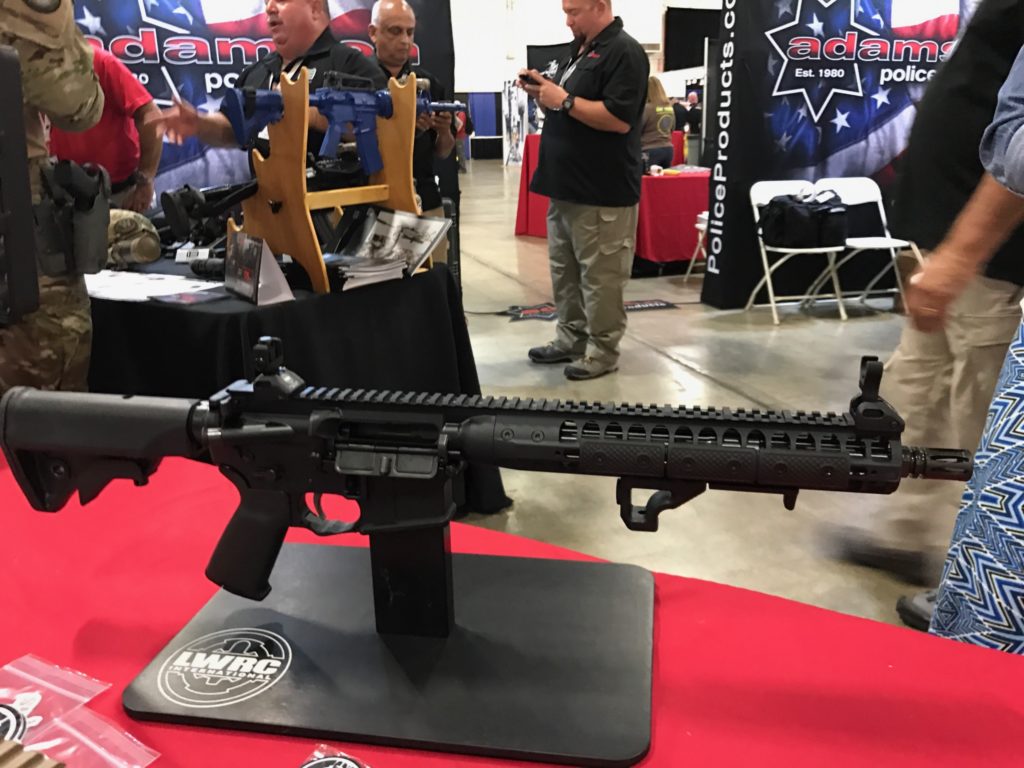 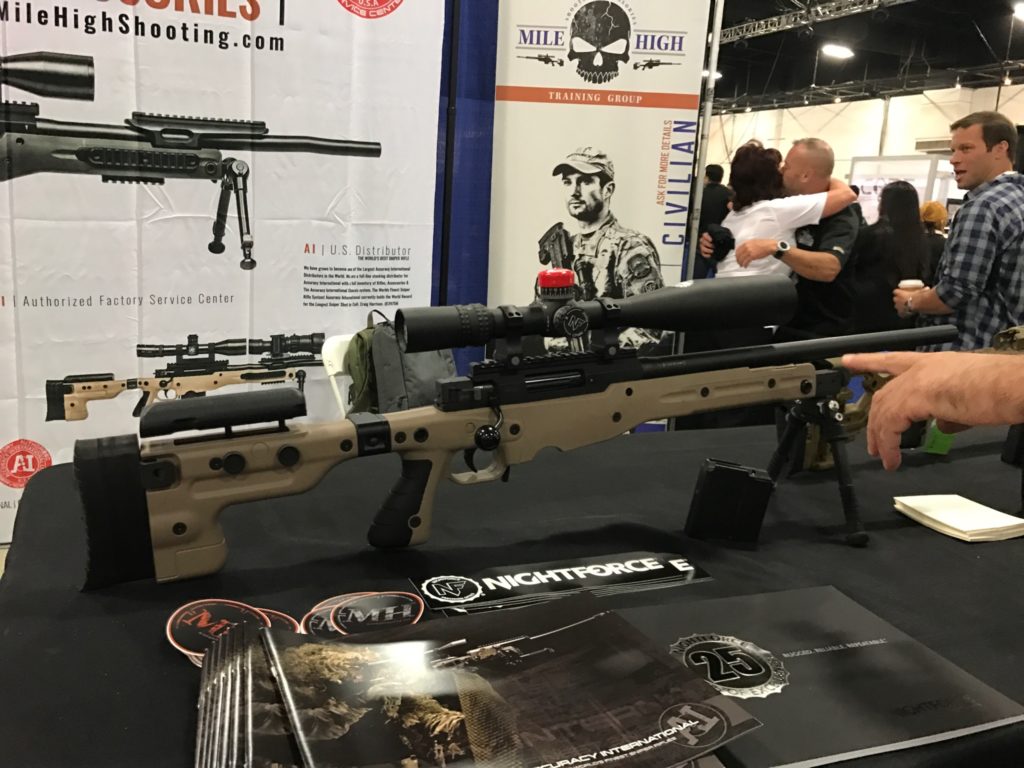 This “mile high” sniper rifle will be tested this weekend 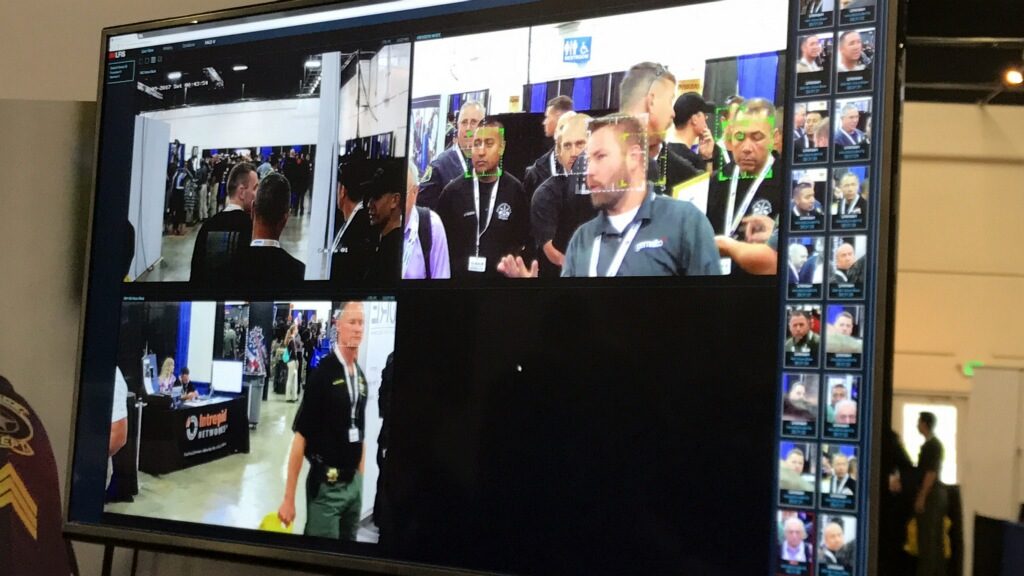 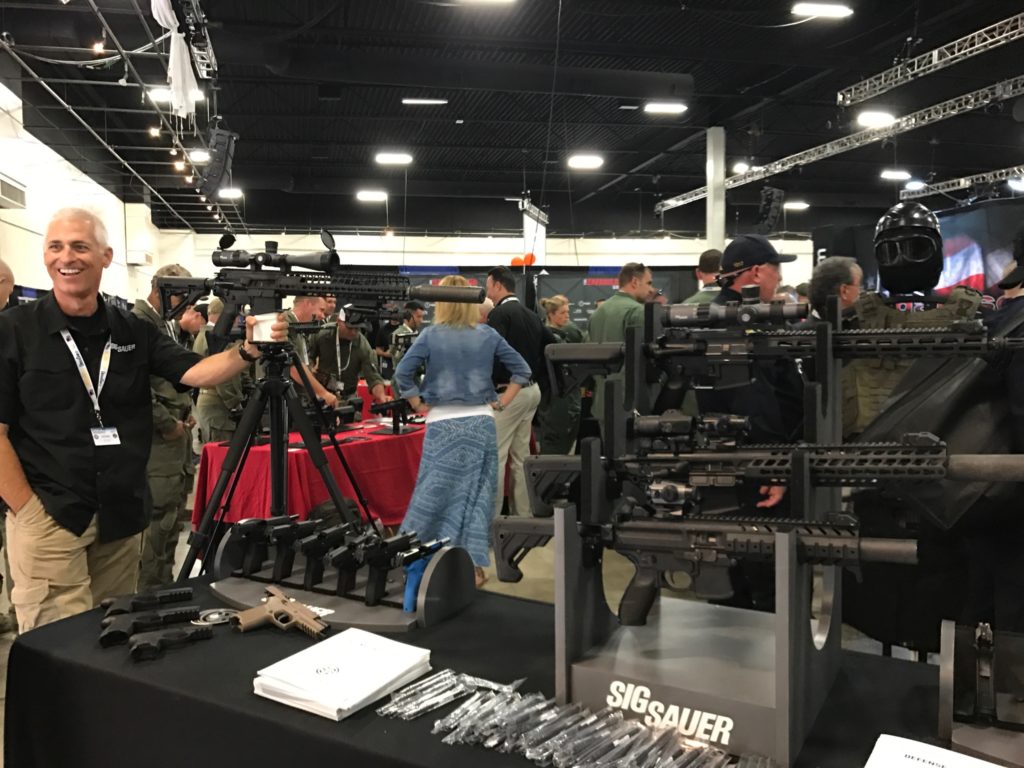 These rifles will be used in this weekend’s scenarios 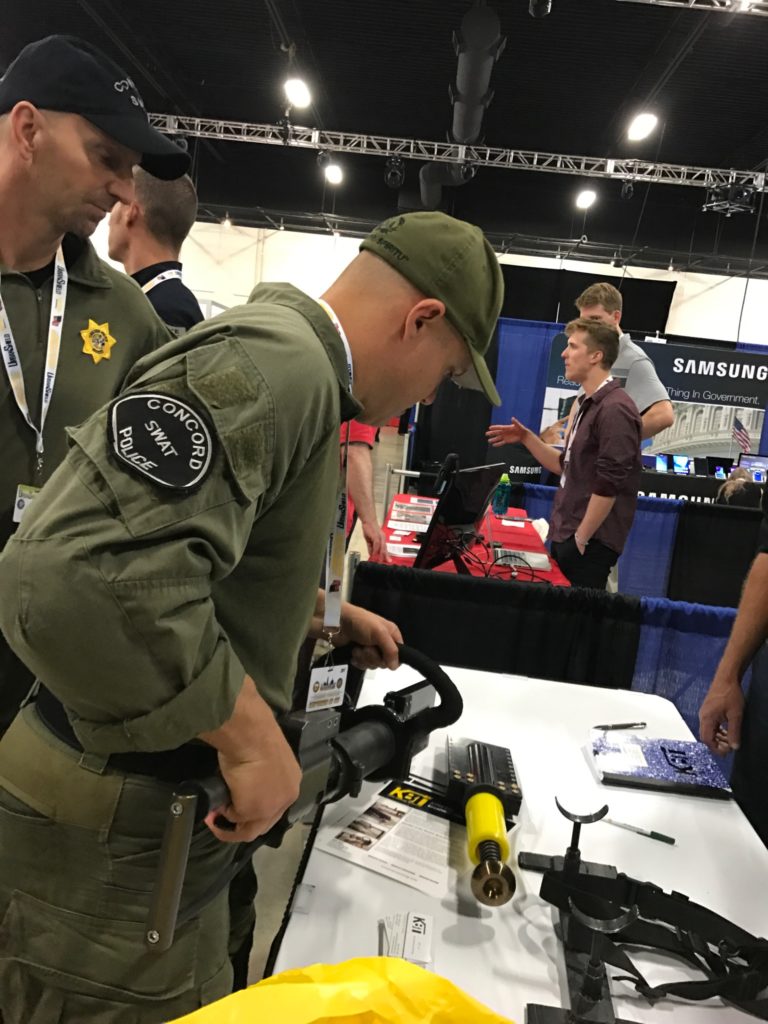 Concord Police asked if this tool for violently opening doors could be used on a person. The vendor responded that it would tear through the person’s heart. 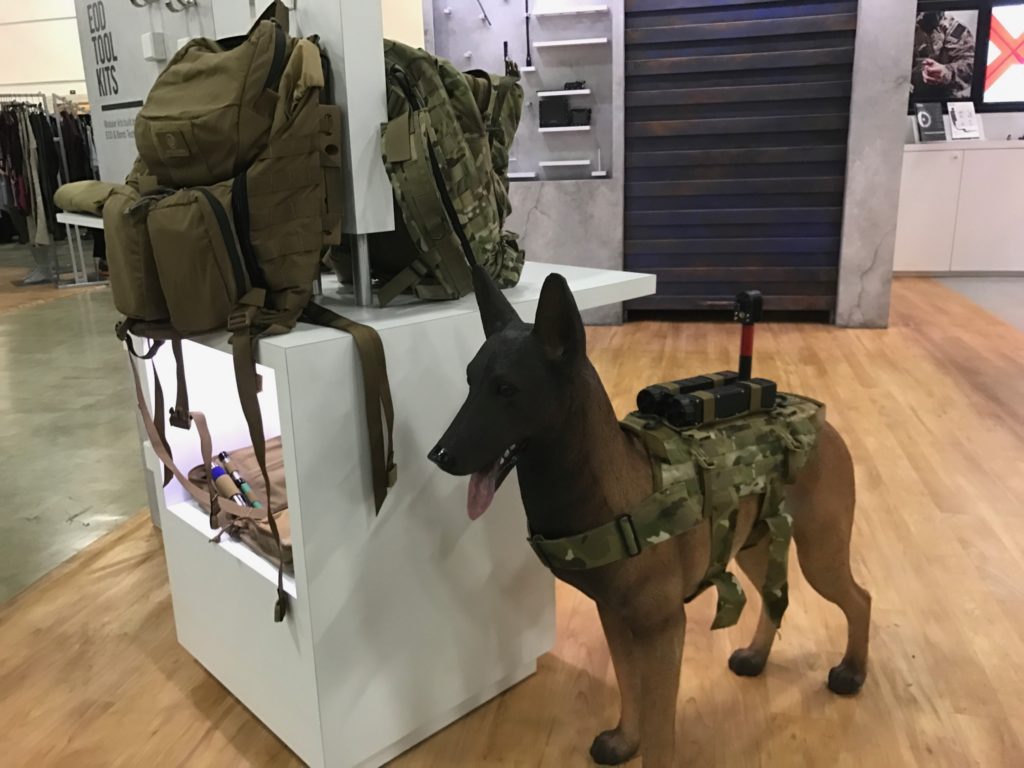 Cameras to be equipped onto police dogs 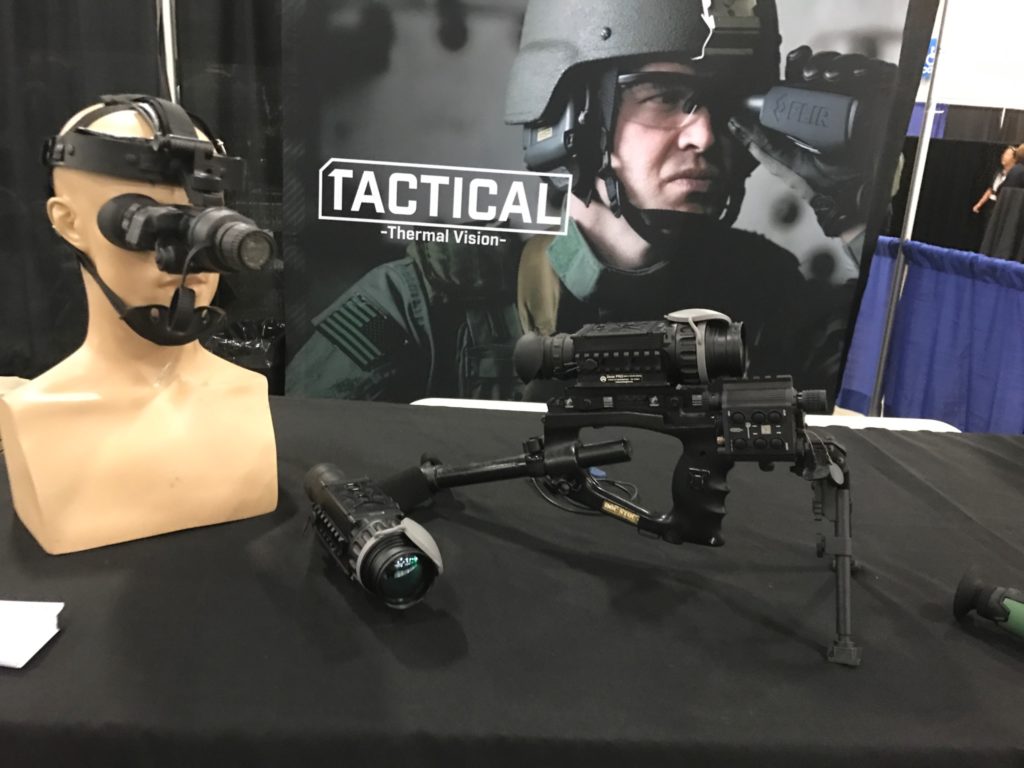 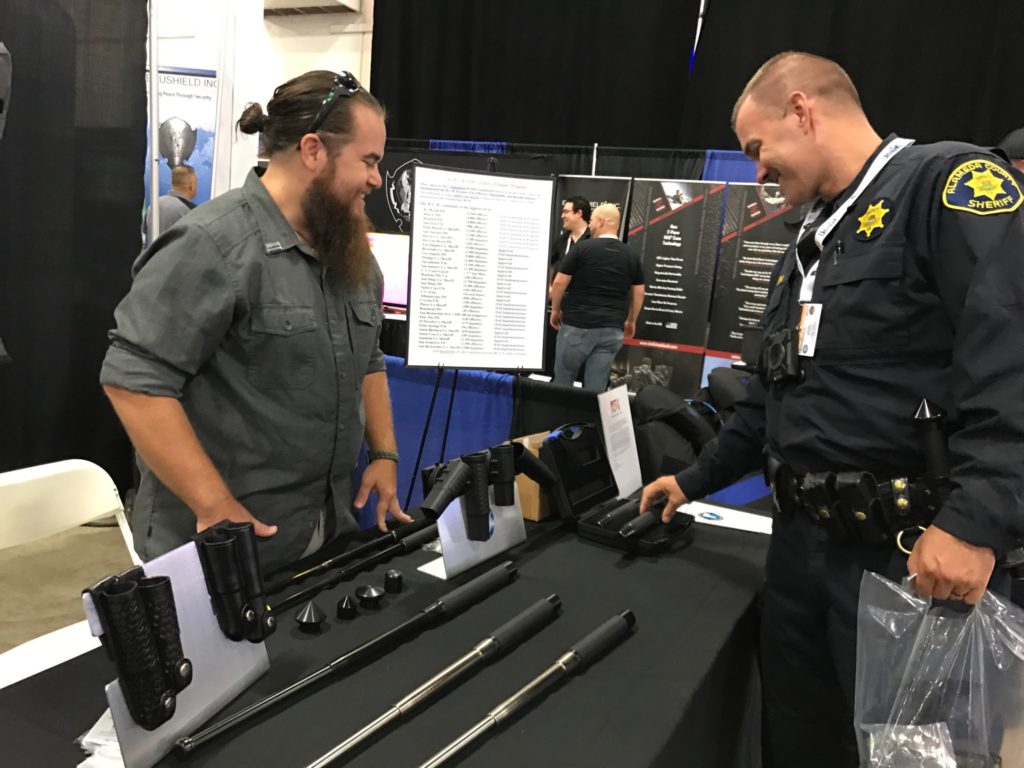 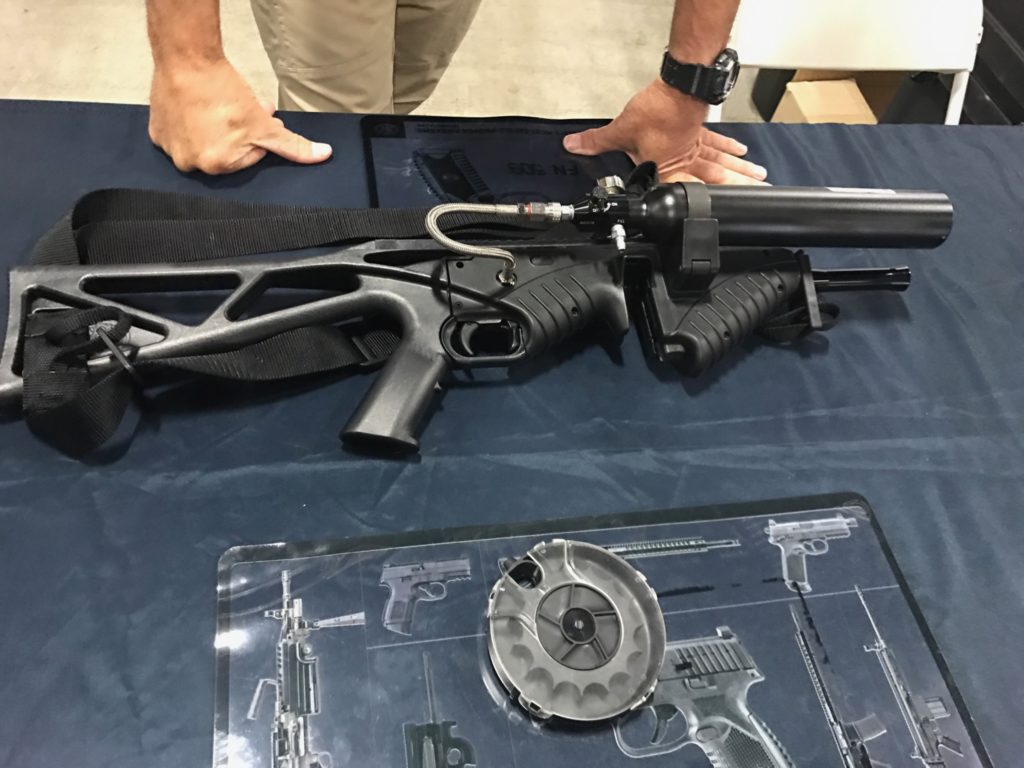 This “less lethal” weapons is used to forcefully remove people from a jail cell. Alameda County Sheriff’s Dept has this weapon. 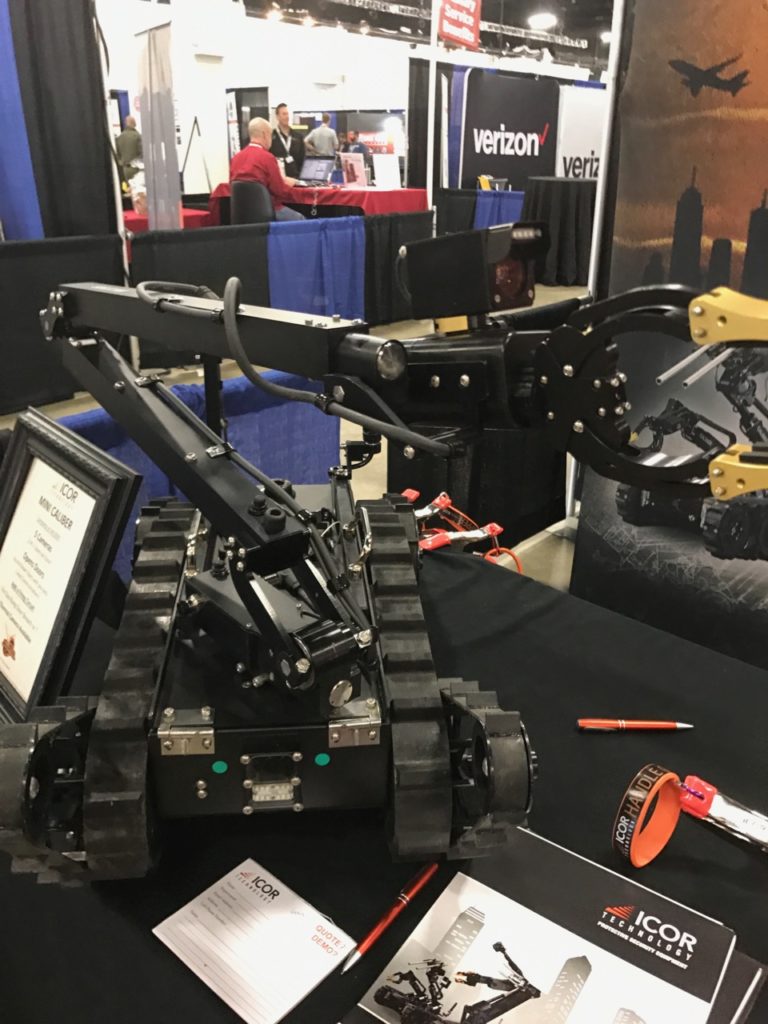 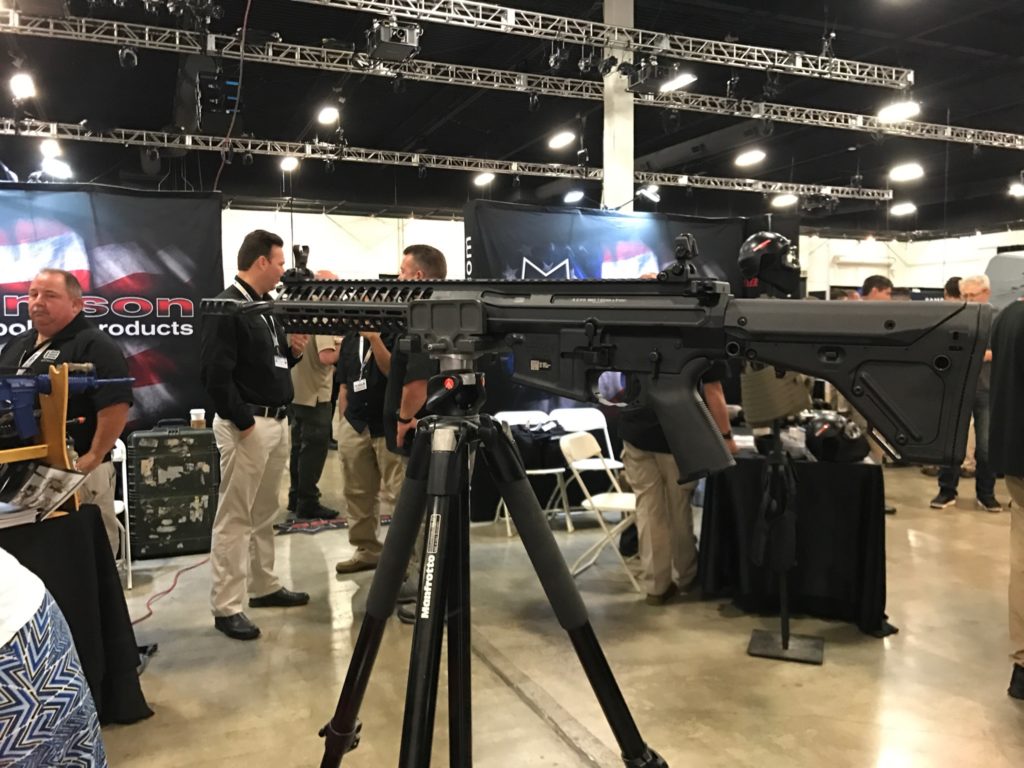 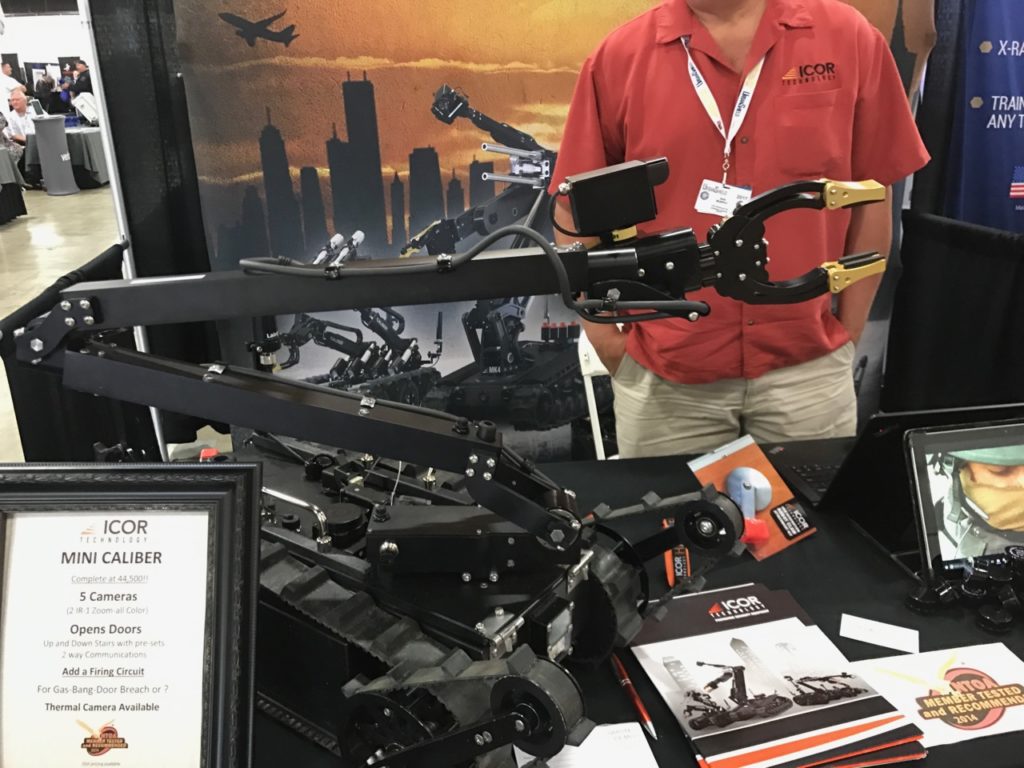 Alameda County Sheriff has two of these robots which open doors, shoot, and take video footage. Starting price is $44,000 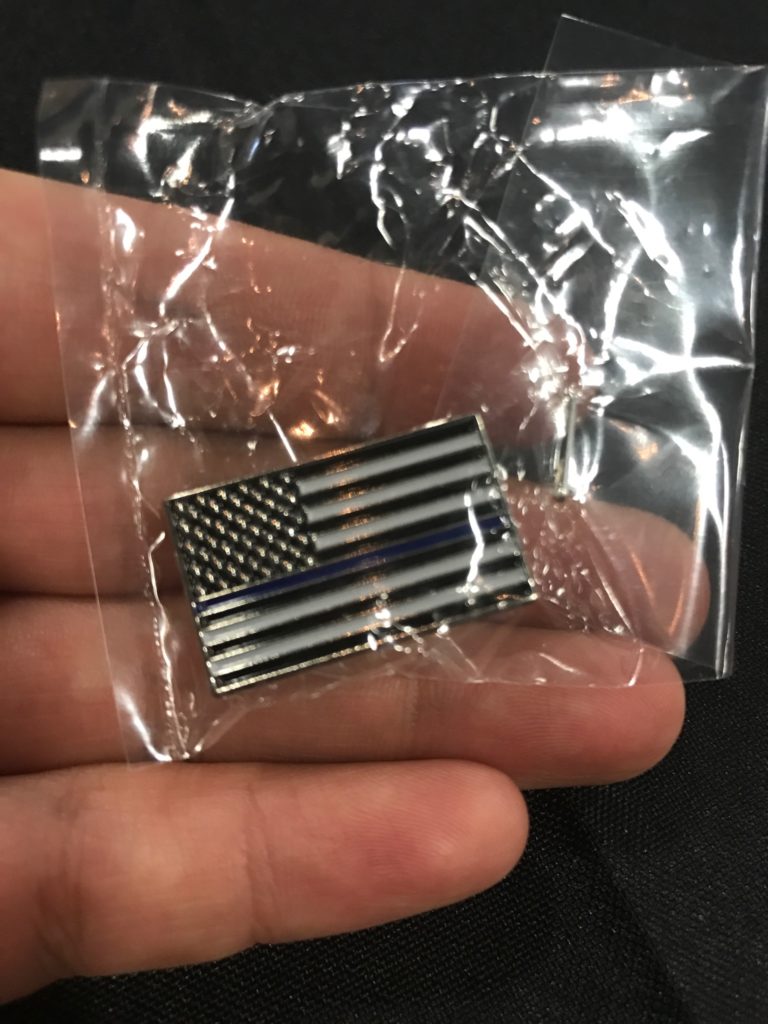 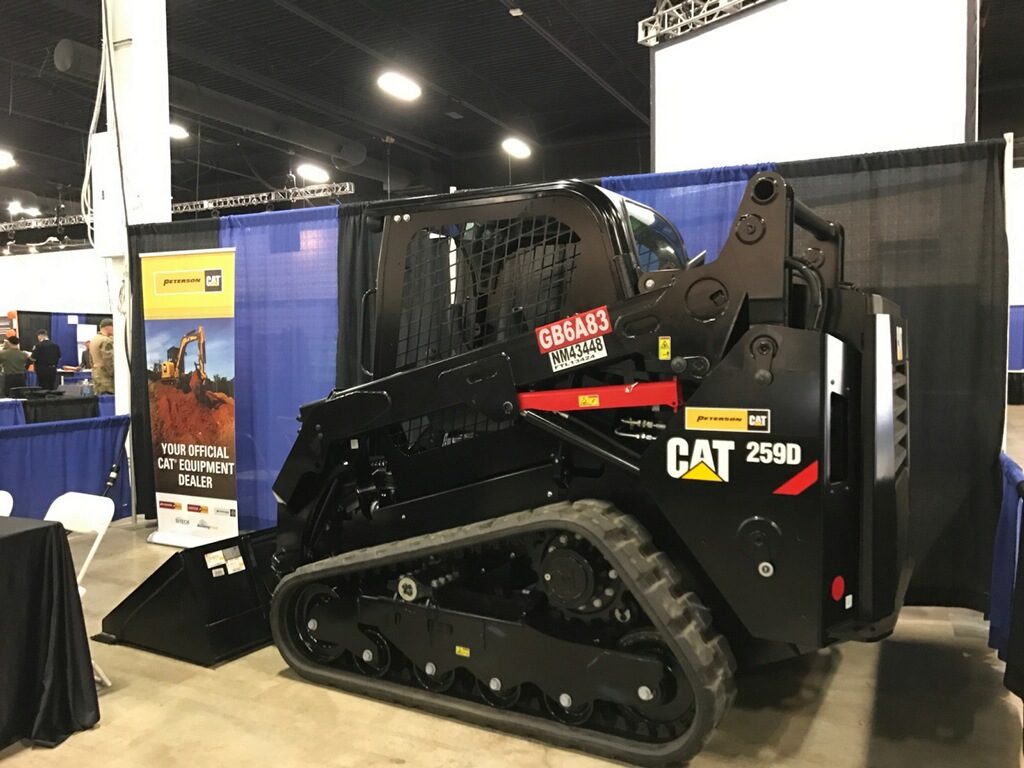 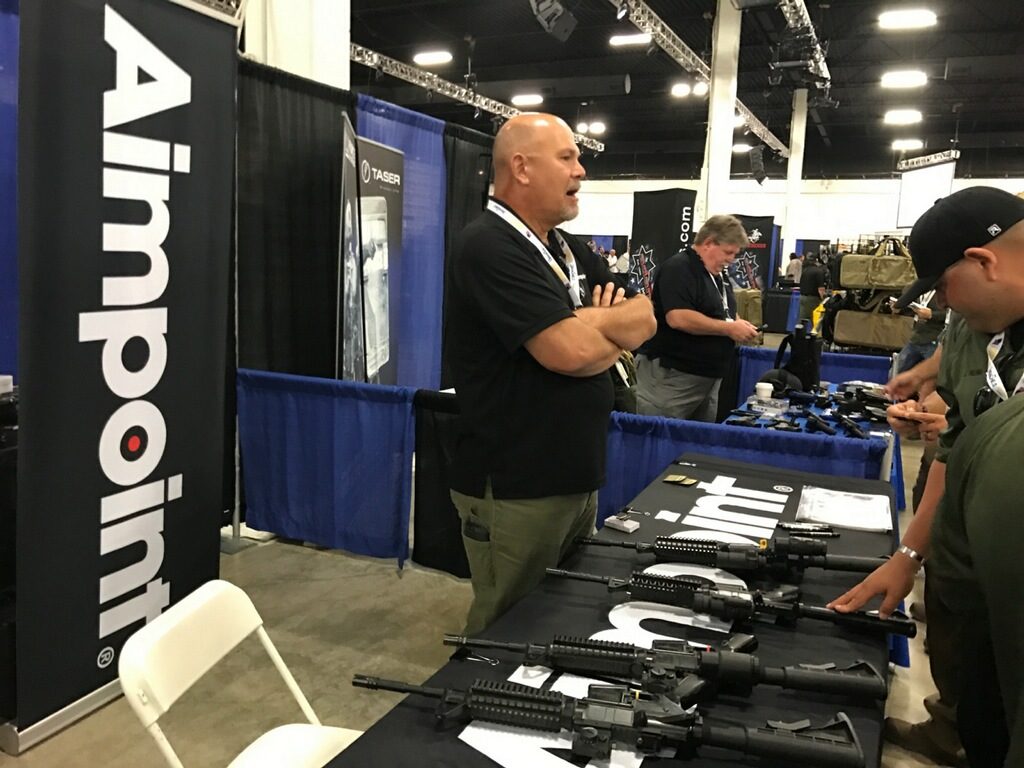 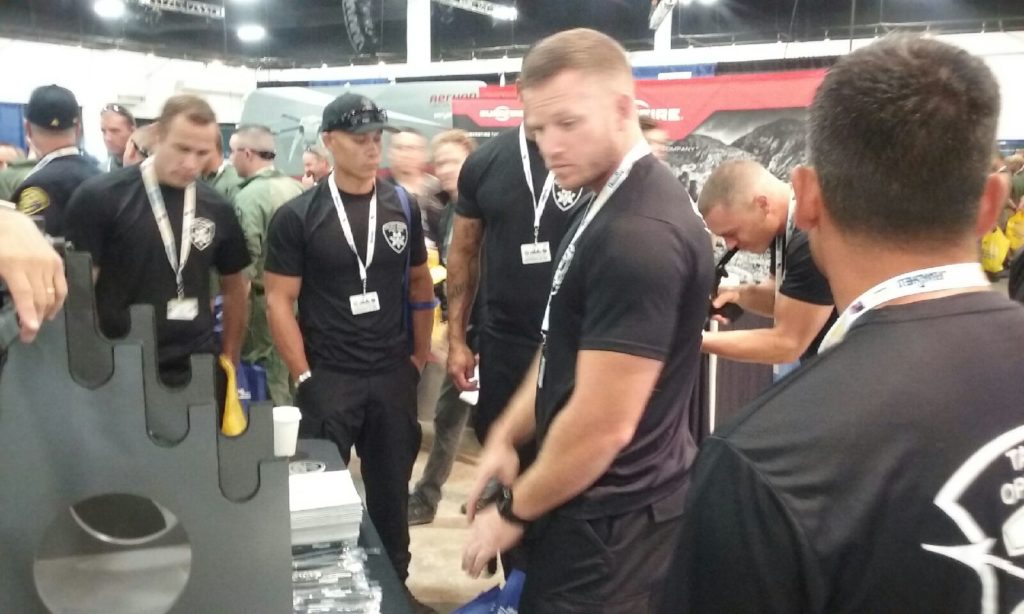 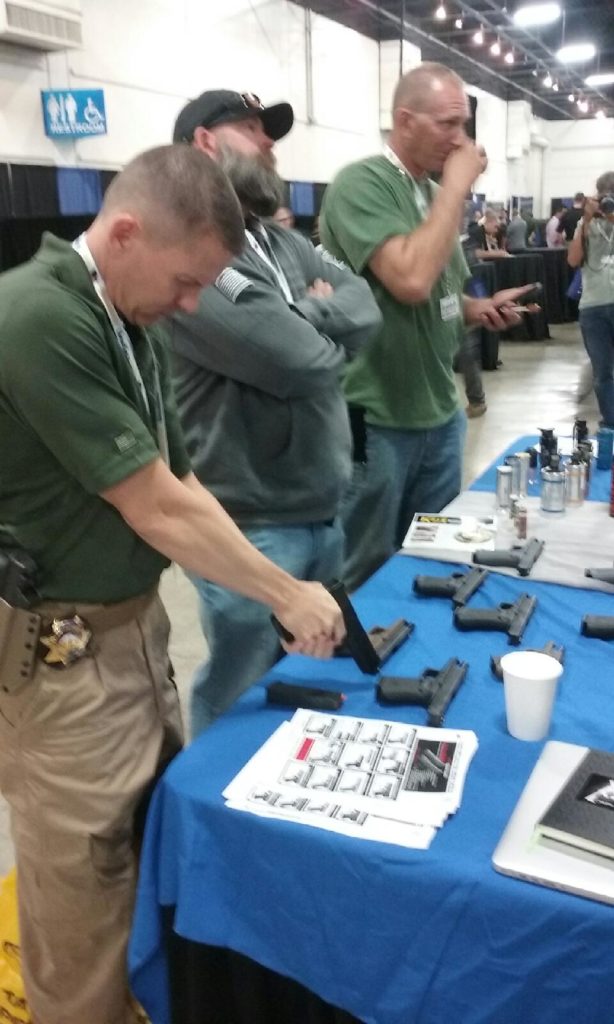